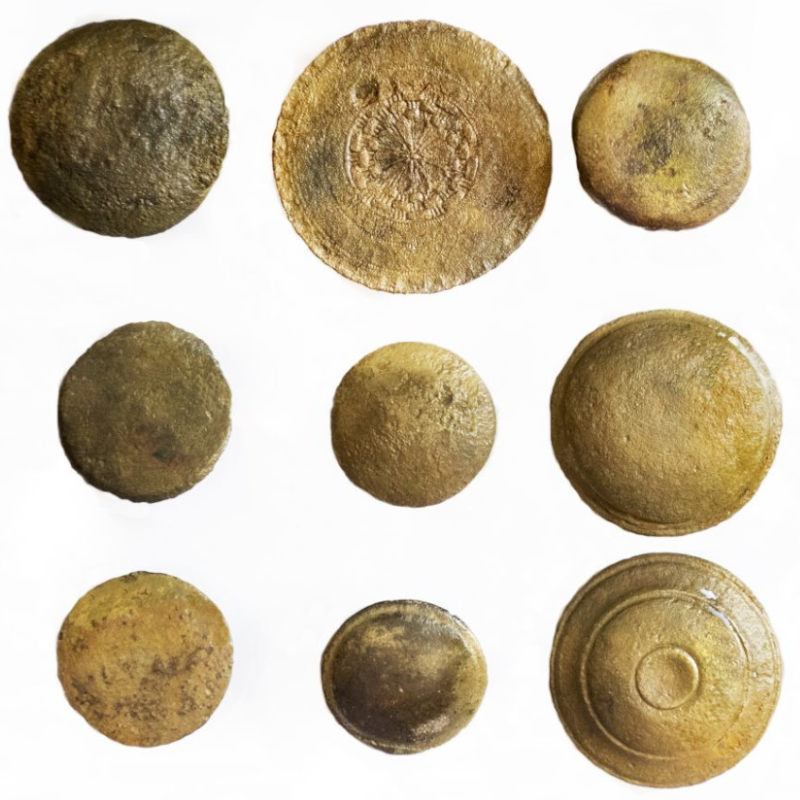 Ermanno Arslan studied the coins which were fouad near the altar, in the chapter house and in the cloister. The most ancient coin is the danaro of Ugo of Provence from the mint in Venice (926-931). The coins come from the personal pouches of travelling pilgrims. Merchants would leave different coins, or would leave none at all, or would have no reasons to visit such places. Coins from Lione, Cologne, and Souvigny dating from l2’h and 13th centuries are testimonies to the passing of people who crossed the north-western cols of the Alps and who passed through Aosta

The coins from the Venice mint seem to define a different route to Rome which originated from the regions along the Adriatic shores and which led to Lucca. Whichever the route, Aulla was a very important centre along the way to Rome and its abbey was one of the major resting places for pilgrims.
From Aulla, pilgrims would travel along two routes: they could go to Luni and set sail from the port of St. Maurice; keep travelling towards Garfagnana and Lucca; or they could head for Santiago de Compstela passing through Liguria.