The Abbey as a Testimony to the History: The War 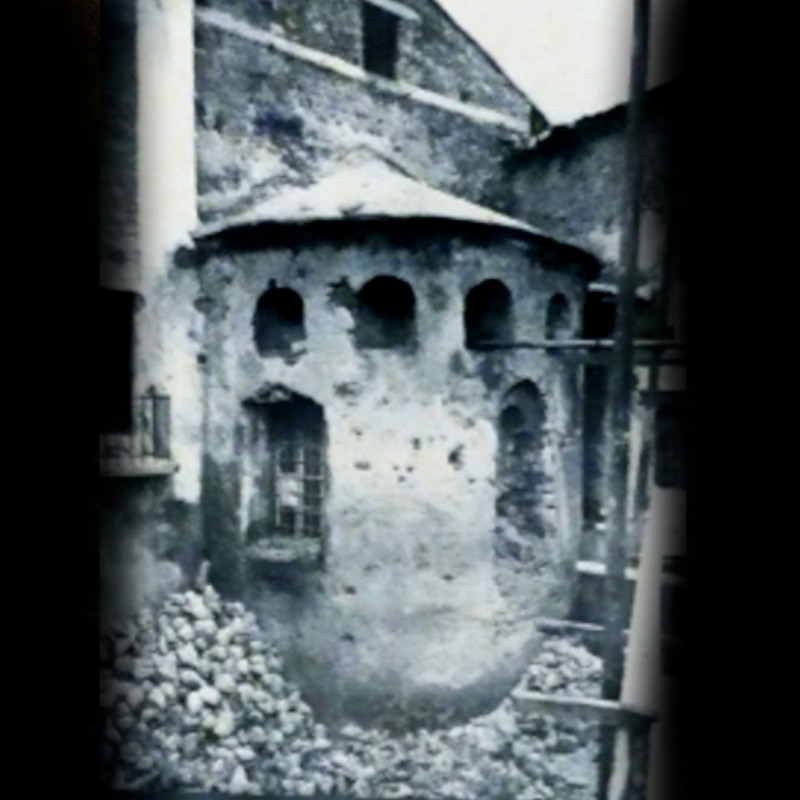 Since I December 1 943 to the night of 24 April 1945 Aulla was bombed by the Allied troops as it was behind the Gothic Line and a very important junction where the German troops had taken up their quarters. The historical centre was razed to the ground and there were 135 casualties among civilians. Today, many unexploded bombs are still found such as the big English bomb which was discovered in 2003 near the tomb of the saint (which is identical to the one in this hall).

The abbey was heavily damaged: the cloister, the left nave of the church and the buildings which had hosted the monastery were wrecked as well as much of its liturgical marble furniture.
The ruins of marble stoups, tabernacles, and gravestones are a testimony to the havoc caused by the war.The remains of the content of a small cupboard were found which were
buried under the ruins of these rooms: coffee cups, medicines, a small bottle of pepper. They are poor objects which are testimonies to the life of a small town which was disrupted on a spring morning in 1944.