Testimonies to a distant past 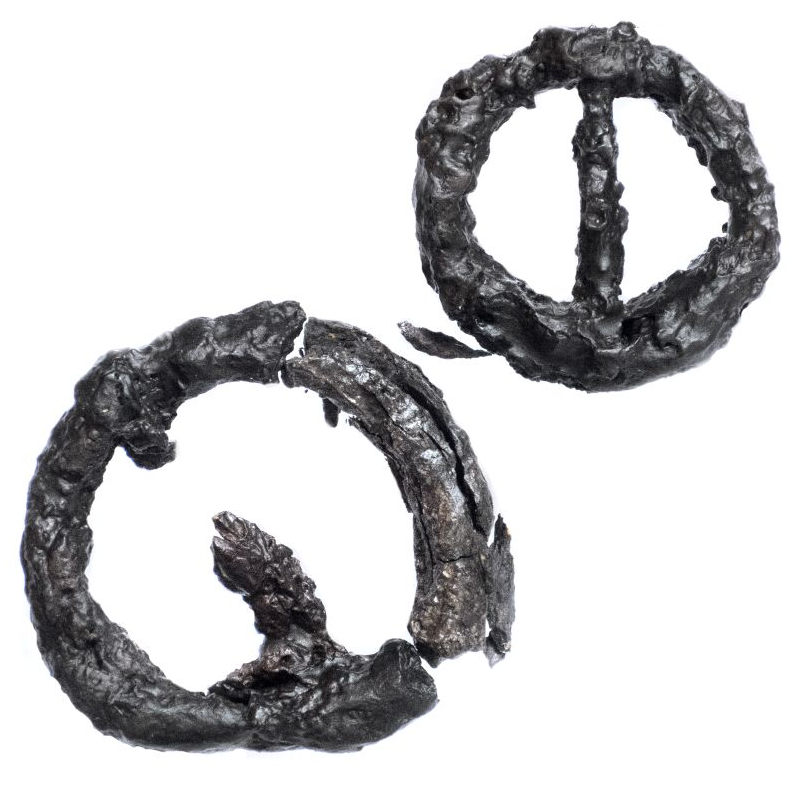 The earliest traces of human work around the abbey and its cloister are some enigmatic circular holes whose diameter ranges from 1 to 4.5 m and which are from 50 to 150 cm deep. They were probably dug in search for clay and then filled up to allow for the building of the abbey and its cloister. The holes contained a few finds from pre-Roman times and the early Middle Ages as well as several testelli (i.e. small round plates) and two coins (denari) from the second half of the 1Oth century.

Other interesting objects were removed from their original place during the several works the abbey has undergone over time, such as the small fragment of a bronze brooch (fibuta) from theTth century BC which Emanuela Paribeni categorized as a discard. It is likely that aworkshop for manufacturing bronze objects existed near the abbey and which was owned by the Liguri-Apuani who had already got in touch with the Etruscan peoples. The dating of abronze earring is more difficult and it is believed it dates from the Middle Ages. A shell and the bronze tip of a cane are testimonies to the passing ofpilgrims. The shell of Pecten Jacobaeus is the symbol of the pilgrimage to Santiago de Compostela. Between Ll20 and I130 there was a flourishing trade in the square of the cathedral of St.James. Shells of this kind are easily found in the graves of pilgrims.
The bronze cane tip shows the wearing effects of usage and dates from the early 1Oth century and it was used to store the mulb.rry *ood tip of the crane. The flat-headed bronze pin decorated with small circles was found in a grave and dates from a short time before l0th century. 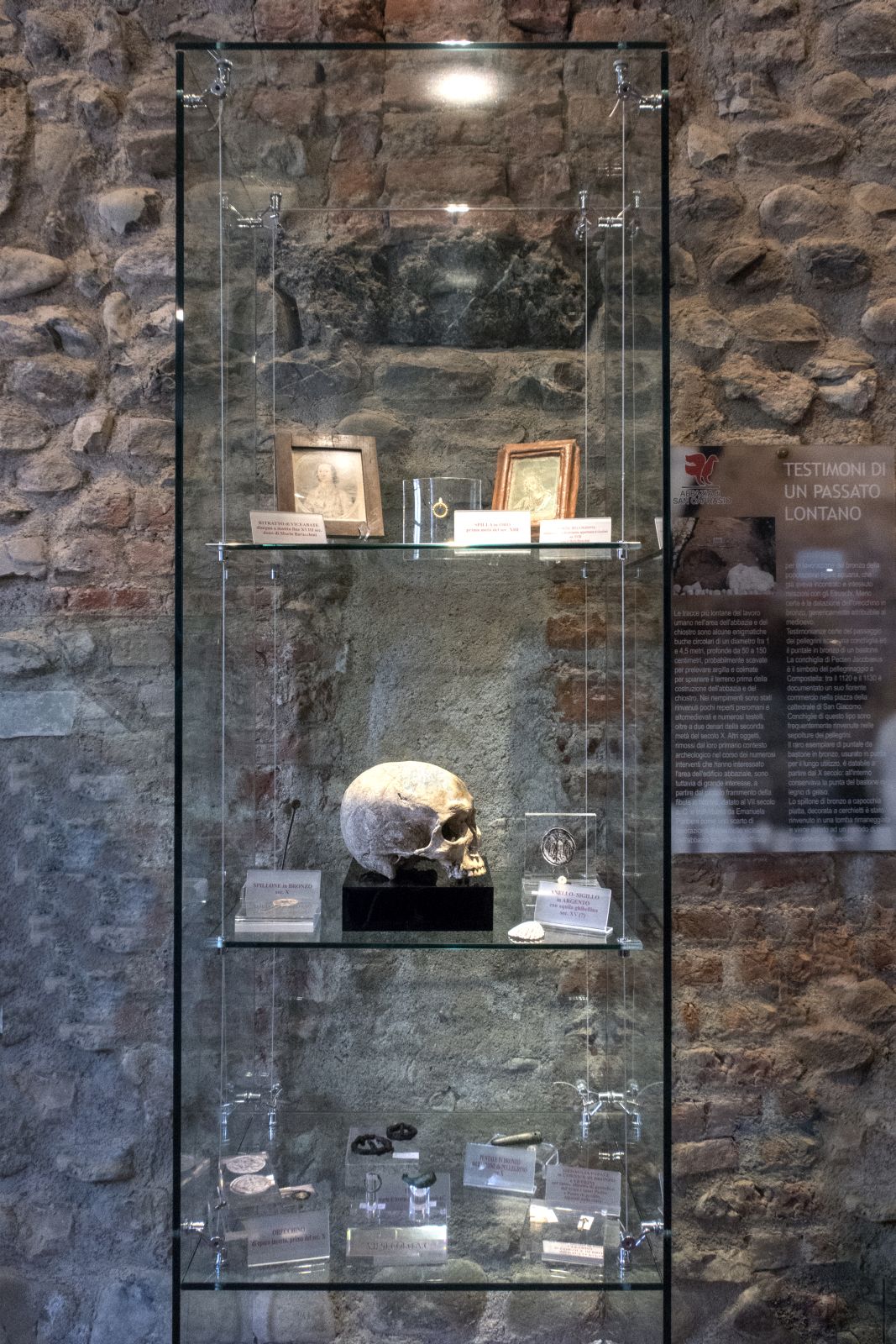 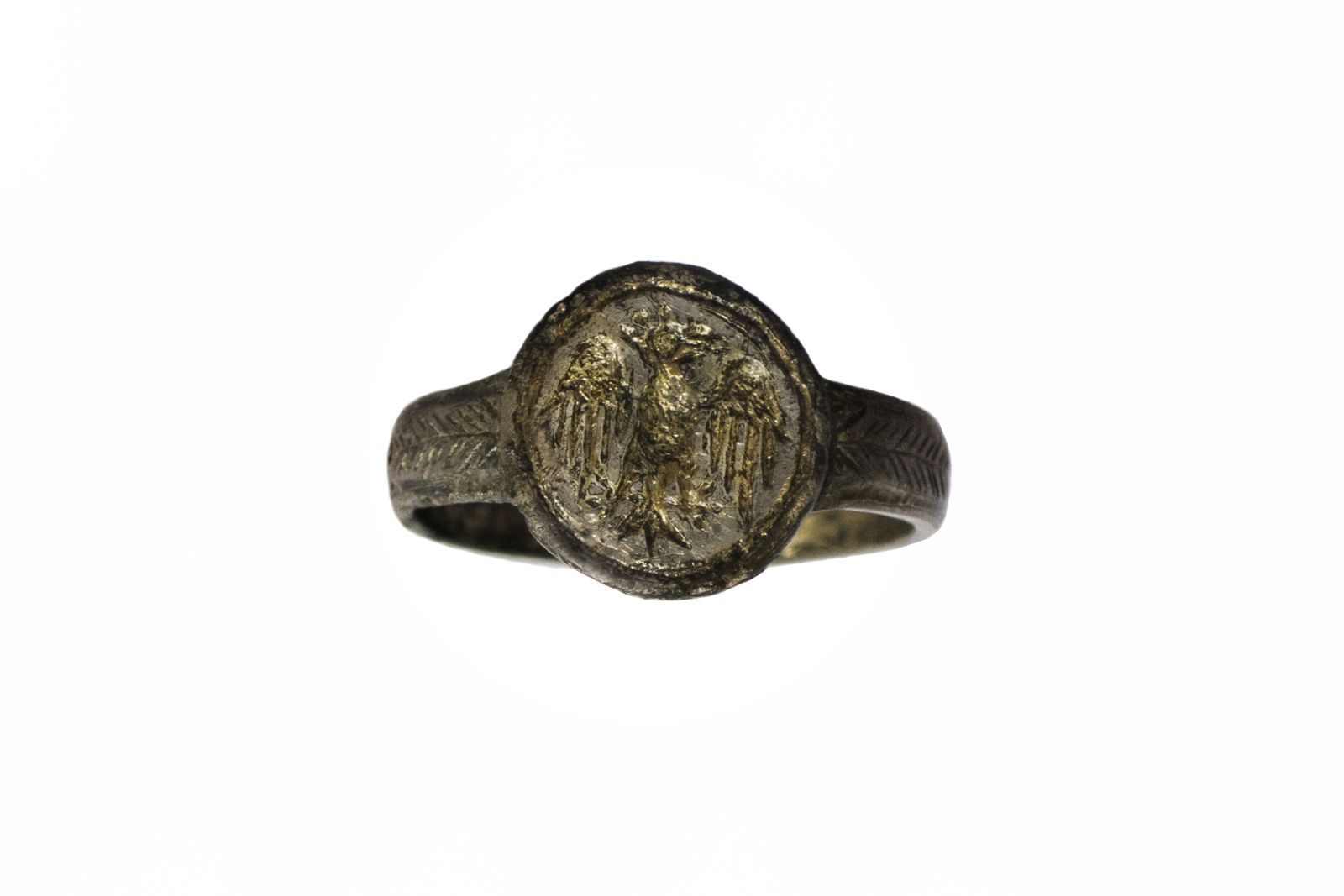 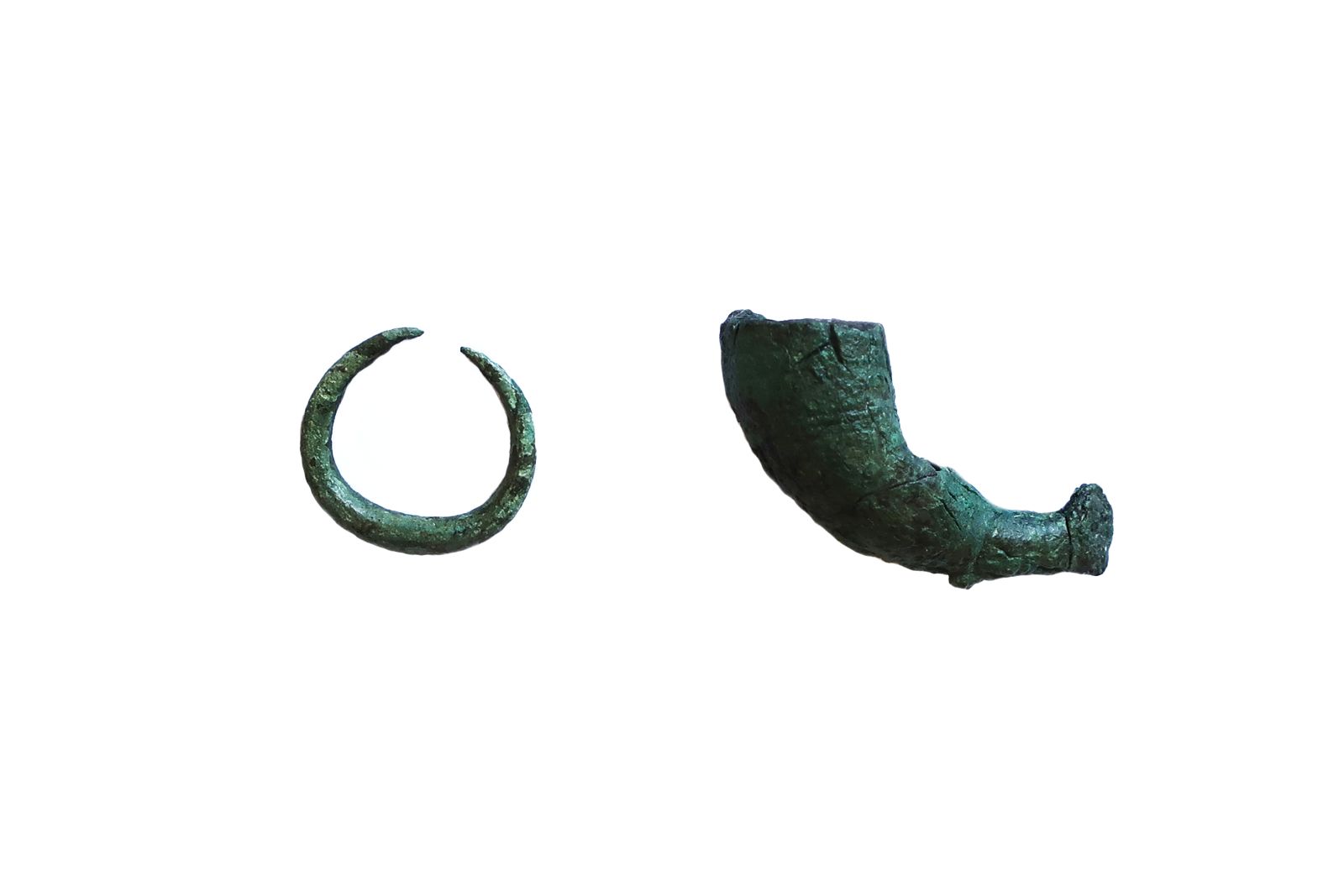